In the last week alone 100’s of illegal migrants have risked their lives to make the journey across the channel. The numbers are now so overwhelming the UK government has had to lay on a coach service to transport them onto other parts of the UK to be processed before being found places to stay.

The risks these migrants are willing to take were highlighted this week as one group of 4 had been spotted attempting to make a crossing in a paddling pool.

“When a patrol came closer they discovered it was four migrants in a paddling pool, using road signs to propel themselves and steer.”

The French police said “To be fair to them they’d put in a hell of an effort to get so far.”

The men nearly made it out of French waters, around 14 miles off the coast when they were stopped and dragged back to Calais. 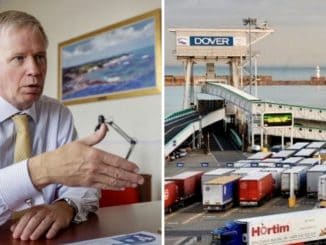