Animal rights protesters have held a funeral for Christmas turkeys in a Brighton branch of Sainbury’s.

The black clad mourners stood silently bearing signs in an effort to highlight the “violence of a traditional Christmas meal”.

Another sign read “10 million turkeys are killed at Christmas in the UK”.

The demonstration on Thursday was organised by animal rights group Direct Action Everywhere (DxE), who previously staged a gruesome tableau involving activists in a cage to highlight animal testing.

A spokesman for the group said: “We use the method of disruption to draw immediate attention to the beings who were killed for their bodies to be on a shelf.

“We are targeting the system of speciesism and aiming for systematic change rather than targeting individuals.”

A spokesman for Sainsbury’s confirmed a small group visited their Brighton store for a brief time and moved on peacefully.

In October, DxE activists locked themselves in a cage in Brighton and were “experimented” upon in a gruesome demonstration against animal testing.

Two protesters, dressed in skin-coloured clothing, looked out at passers-by before being hauled out by one of their associates dressed in a lab coat. 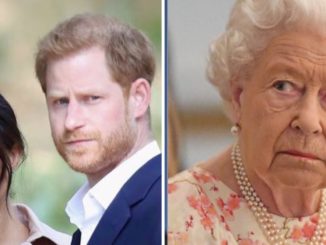 You can now get Smarties buttons in Milk, White and Orange Chocolate flavours