Australia is in the grips of an exceptional December heatwave – with temperatures soaring so high that roads have begun melting.

Some towns in the state of South Australia almost reached 50C on Thursday.

Nullarbor set the December record for the state, reaching 49.9C – the fourth hottest temperature in the country’s history.

In Port Augusta, the council had to advise people to avoid certain roads due to the fact they were melting. The council said:

“Please be aware that due to the extreme heat some roads are showing signs of bleeding, a contractor has been engaged to spread rocks over problem areas.

The roads should be avoided and only used by local residents – please take an alternate route during this extreme weather.”

Meanwhile in Adelaide, people without air con will have struggled getting to sleep during the hottest night on record, with the temperature never dropping below 33.6C.

In total, the Bureau of Meteorology (BOM) said December temperature records had been toppled in more than a dozen locations, with many of these locations recording all-time highs.

A state of emergency was declared in New South Wales on Thursday morning as firefighters tackled almost 100 bushfires. 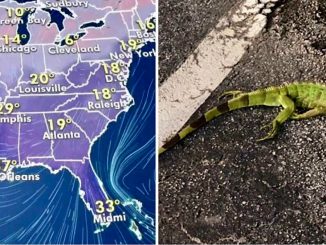 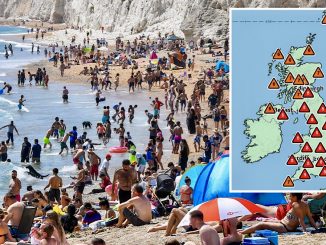