The beast from the East is set to hit the UK through this evening and into tomorrow potentially lasting until next weekend.

Last seen back in 2018 the return is set to see a similar picture across the UK. From this evening a band of rain, sleet and snow will move South through the midlands and into Southern England before an organised area of snow moves into the South East and remains in situ well into Sunday.

The latest Met Office warning highlights the risks of strong winds gusting at between 45 and 50mph leading to blizzard conditions and severe drifting. Currently the warning states parts of the South East and East Anglia can widely expect 5-10cms however 10-20cms is highly likely for quite a few with higher ground in Kent seeing a foot of the white stuff.

That snow is what the Met Office expect until the early hours of Monday however this Easterly will persist for many days beyond that by which stage snow totals could be over 50cms for one or two areas!

As we move through the new week persistent snow showers will continue to feed in from the East and pushing right across all parts of the UK leading to further accumulations.

Towards the back end of the week there is the possibility of the Atlantic trying to move in with further large snowfalls for parts of the South West, Wales, Central Southern England and the Midlands however this is still uncertain at this stage. 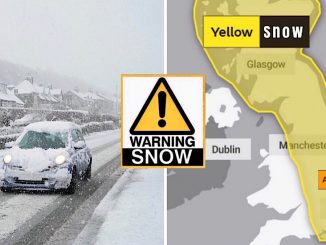 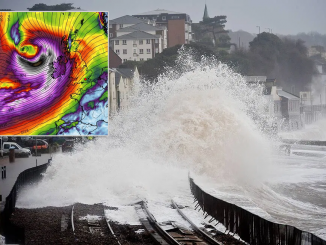 100MPH Storm Dennis could hit the UK this weekend! 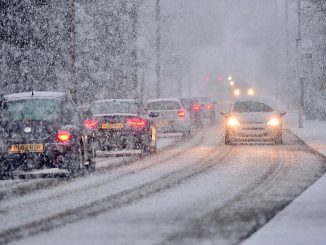 Snow showers to hit the UK Tonight and Tomorrow!