Boris Johnson has said he’d rather be ‘dead in a ditch’ than go back to Brussels and ask for an extension to Brexit.

Asked if he could make a promise to the public not to ask for a further Brexit delay, the PM said: ‘Yes, I can. ‘I would rather be dead in a ditch.’

But he declined to give a direct answer when asked if he would resign before requesting that delay. Instead, he said: ‘It costs a billion pounds a month, it achieves absolutely nothing. What on Earth is the point of further delay? I think it’s totally, totally pointless.’

Speaking in Yorkshire in front of new police recruits, he spoke out about his brother Jo quitting as a Tory MP and minister.

The prime minister said he ‘does not agree with me about the European Union because it’s an issue that obviously divides families and divides everybody’.

He added: ‘I’m going to do everything that I possibly can to make sure that this country comes out of the EU on October 31, but unfortunately Parliament voted yesterday effectively to scupper our negotiating power and to make it much more difficult for this Government to get a deal.

So what I want to do now is to really give the country a choice: we either go forward with our plan to get a deal, take the country out on October 31 which we can or else somebody else should be allowed to see if they can keep us in beyond October 31. 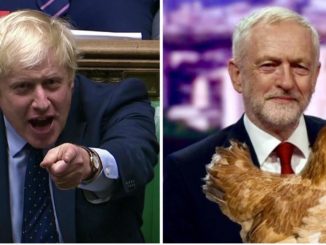 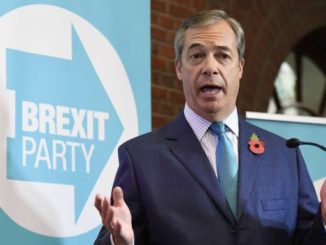