After decades of campaigning, three years of arguments and months of pointless delay, it is now just 25 days until the United Kingdom’s membership of the European Union comes to an end.

The Prime Minster says ”We will be packing our bags and walking out on October 31”.

The question is whether Brussels wants us to leave with a deal, or whether we will be forced to leave without an agreement.

This week the Prime Minster put forward his ideas for a New Brexit Deal. The proposals would get rid of the anti-democratic backstop, whilst also avoiding any infrastructure or checks at the Irish border. It give businesses on both sides of the Irish border the assurances they need. And it gets the UK out of the EU and its customs union, allowing us to take back control of our trade policy and do free trade deals with counties around the world’.

Boris Johnson said: ”Regrettably, there are some MPs – led, by that serial wannabe Brexit-wrecker Jeremy Corbyn – who have said they will oppose this deal in any circumstances. It doesn’t matter what the EU say or how negotiations pan out between now and the end of the month – they don’t want to deliver Brexit full stop. They say they’re against no deal but actually favour no Brexit. MPs from every wing of the Conservative party, from Northern Ireland’s DUP, even some Labour MPs have said that our proposed deal looks like one they can get behind”.

”So I say to our European friends: grasp the opportunity that our new proposal provides. Join us at negotiating table in a spirit of compromise and co-operation. And let’s make Brexit work for both sides”.

”We are leaving in 25 days. We can do it with a deal if the EU is willing. But they should be under no illusions or misapprehensions. There will be no more dither. No more delay. On October 31 we are going to get Brexit done”. 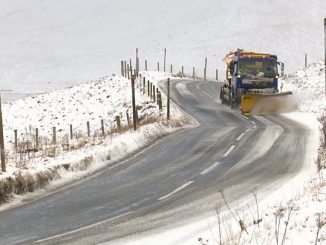