The Union Jack will be flown on all UK Government buildings every day of the year under plans to celebrate the United Kingdom’s heritage.

Ministers are set to issue new guidance this week to get the world-famous flag displayed all year round – not just on designated days.

Under current guidance, the flag is only required to be flown on all UK Government buildings in England, Wales and Scotland on special days, such as the Queen’s birthday.

The new move is being billed as part of wider plans to celebrate and protect the Union – especially against mounting pressure in Scotland for a second independence poll.

And post-Brexit, the Government is also set to require managers of public buildings in England to apply for planning permission if they want to fly the EU flag.

The moves come after BBC Breakfast presenters Charlie Stayt and Naga Munchetty were accused last week of making fun of Communities Secretary Robert Jenrick for displaying the Union Jack in his office. 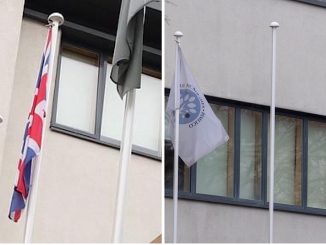 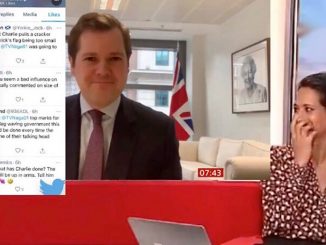