The UK could see the return of the ‘Beast from the East’ as Forcasters warn it could be one of the coldest winters in 30 years with temperatures set to plummet to well below freezing.

Analysing current sea temperatures and weather systems over the north Atlantic scientists are able to predict what is to head our way in four month’s time – and it’s going to be very cold. As Arctic air is predicted to descend on the UK this winter.

Despite the weather forecast being very premature, four months before this weather is set to hit, the weather predictions were spotted by climate prediction experts at University College London.

However the predictions, which attempt one of the longest-range forecasts in history, are not set in stone – with scientists claiming there’s a ’57 per cent chance the central England temperature will be colder than in 2018′.

Studying the jet stream has long been an indicator of weather to come, but new methods used by UCL researchers, measuring changes in sunlight and other factors that affect the 200mph Gulf stream, has allowed predictions to be made much further ahead.

UK hits 34C for sixth day in a row for first time in nearly 60 years! 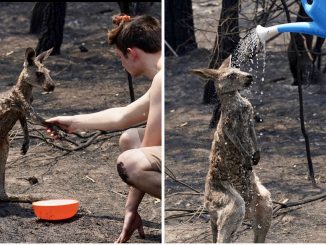