Brits are expected to applaud the NHS at 8PM Tonight — and on every Thursday of the coronavirus crisis.

Millions took part in last Thursday’s first clap and Health Secretary Matt Hancock, said: “It was incredibly moving to see the country come together to thank our NHS heroes.

The British public opened their windows, stood on balcony’s and cheered in the streets.

Building and Public landmarks where lit-up to blue, to say thank you to all those who have put others lives before their own during the crisis.

Britain is now planning on doing this every Thursday at 8PM until the crisis is over! 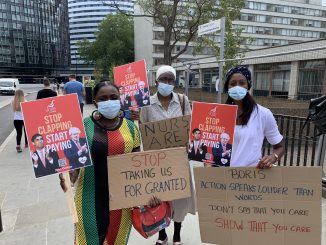