Storm Dennis is next on the list of storms set to batter Britain and this time hes going nowhere fast!

Despite the jokes on social media about him not lasting very long the truth is the complete opposite.

Storm Dennis will be roaming around to the North of the UK for 3 days and the winds he will bring will make this weekend one to stay in.

The rainfall is a big concern this time around. Following on from storm Ciara the ground is already saturated and due to the lengthy nature of Storm Dennis rainfall totals could be as high as 100mm over high ground leading to flooding in the usual high risk areas.

Will the winds be as strong as Ciara?

Generally speaking the answer is No. Winds will still peak at around 90MPH for periods of time around exposed coastal areas however inland the winds should not remain as strong for as long as they did with Storm Ciara and generally gusts of 50-60MPH is more typical.

Small scale features such as a Squall line or small areas of low pressure within the outer reaches of Dennis does pose the risk of enhanced wind speeds for short periods which may lead to some damage.

Despite wind speeds overall being a tad down the damage caused may well be higher, Trees/fences etc weakened from Storm Ciara could be brought down and flooding risks will be much higher. 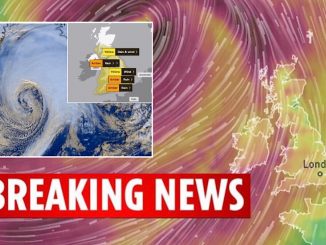 Storm Dennis upgraded to a Bomb Cyclone and will hit Britain Tonight! 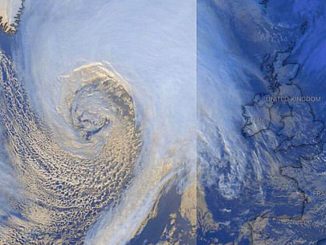 Storm Dennis could be the deepest area of low pressure ever recorded in the North Atlantic! 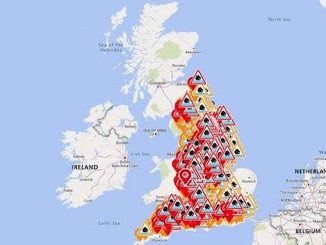