Diane Abbott is to stand in for Jeremy Corbyn at Prime Minister’s Questions on Wednesday.

The shadow home secretary will be the first black MP to represent her party at the weekly Commons debate.

She will face Foreign Secretary Dominic Raab, who is standing in for Boris Johnson for the first time.

The PM is missing PMQs to deliver his keynote address to the Conservative conference in Manchester.

Traditionally, the leader of the opposition can ask six questions, however if the prime minister is unable to attend, both they and their counterpart are replaced by a senior frontbencher.

Ms Abbott is a key ally of the Labour leader and has served in his shadow cabinet since 2016.

Making the announcement, Mr Corbyn tweeted: “This #BlackHistoryMonth we’re inspired by the struggles of black campaigners, including the first black MPs elected in 1987. “Tomorrow one of those pioneering MPs, a child of the Windrush Generation, Diane Abbott, will be the first black person to represent their party at #PMQs.” 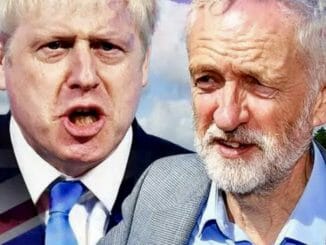