President Donald Trump told the nation he was ordering an immediate shut-down of all travel from Europe to the United States as he addressed the nation on the coronavirus outbreak.

‘We will be suspending all travel from Europe to the United States for the next 30 days,’ Trump announced in a speech from the Oval Office to the nation.

Speaking hours after world health officials declared the coronavirus a pandemic, Trump repeatedly defended his own actions and vowed the nation would prevail in countering the virus and getting treatment on the market.

The ban will apply to travellers who have visited 26 countries in the EU’s Schengen border-free area in the last 14 days but not travelers from the UK or Ireland, or to US citizens, American permanent residents and their immediate family members.

Trump said the ban would come into effect at ‘midnight’ on Friday though confusion reigned over exactly how it would be implemented – including how the cut-off would apply across time zones, which routes Americans would be allowed to use to get home, and whether travelers returning from Europe would face screening or quarantine. 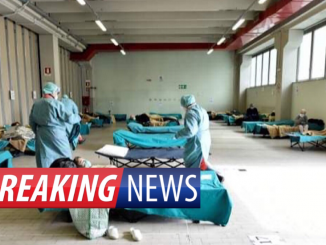