The weather models seem to know the General Election is just around the corner and are currently throwing predictions of some severe weather our way around the time of the Election.

The GFS 06z from earlier today sees vast swathes of Britain buried in as much as 30cm of snow with only parts of the West Midlands and Wales missing out on the action. And its not just one run from one model, The GFS has been toying with the idea of a bitterly cold & also wintry outbreak for the past 24-48 hours and the ECM also shows a similar outcome.

This snow risk is also backed up by the latest Met Office live stream where the forecaster Aidan McGivern showed the wintry possibility is something they are keeping a close eye on.

Of course at this time frame the confidence is still relatively low but as each day passes the risk becomes ever more real.

All of this will make the Election day all the more interesting with the possibility of people being unable to cast their vote. How that could change things is for another debate. 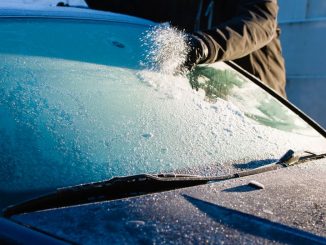 Sudden Stratospheric Warming to put the UK into a deep Freeze!