Greta Thunberg says she may have coronavirus and has been self-isolating at home with her father.

The climate activist said she thinks herself and her father have been infected with the virus.

They both started having symptoms after a recent tour of Europe and so have been in isolation for the last 2 weeks, she said.

In an Instagram post today, Thunberg said she suffered shivers, a sore throat, a cough and felt tired after travelling with her father from Brussels.

The Swedish 17-year-old said in a video published by the New Scientist today that her father had ‘more intense symptoms’ such as a fever and that she has now recovered.

She said: ‘For the last two weeks I have been isolated and then I got the virus.

‘I came home from central Europe and then I isolated myself from the beginning, because I thought I might as well as I’ve been on trains…and so I don’t want to put anyone else at risk.

‘But then I started feeling some symptoms after a few days. But the important thing is that I didn’t basically feel that ill.

‘At the same time my father was feeling much more intense symptoms.’

Thunberg said in her Instagram post that she self-isolated in an apartment away from her sister and mother after noticing symptoms 10 days ago.

She added that she wanted to raise awareness about how easy it was to transmit the infection without realising.

She said: ‘I didn’t basically feel that I was ill. It could be that I was feeling unusually tired, I was coughing a bit.

‘If I wouldn’t have been for my father getting it at the same time and much more intense than me, I might not even have noticed it that I was sick.’

She added: ‘I’m not 100 per cent sure I have got it. But it would have been very strange if it would have been something else, because it just fits very… especially with my father’s reaction, it’s exactly fitting with the symptoms.’ 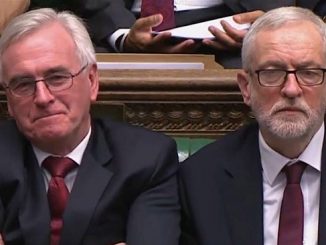