Much of Wales and the Southwest of England has seen a covering of snow this morning with some seeing 3″ already.

This band of snow is expected to continue pushing in across Central and Southern England attempting to edge North East as it does so.

However this is where lies some uncertainty regarding the worst hit areas, Currently the snow is anchored to the North of Wales and heads down towards the IOW. The Southern most area of snow will continue to push North East however the area across North Wales will begin to sink South causing the band to pivot.

Due to this pivot the centre of the band will for a time become fairly stationary, And that is where large falls of snow could occur with 4″ quite widely across parts of the Midlands and as much 6-8″ for the areas right in centre and especially with a bit of altitude. Currently the highest totals are likely in the West Midlands, Leicestershire, Warwickshire, Northamptonshire and Bedfordshire with snow falling for as much as 12 hours.

Other parts are not completely out of the equation either with the South East and parts of East Anglia likely to see some snow fall as the band eventually clears away later this evening. 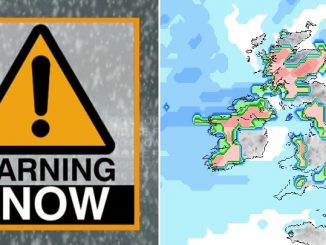 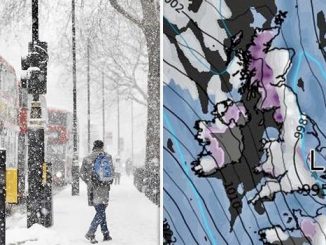 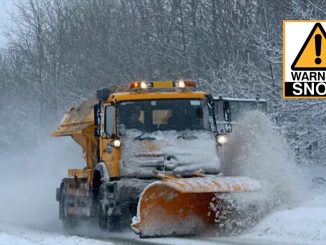