A low pressure system will move across the UK this weekend causing the Polar Vortex to swoop southwards across UK unleashing cold North – Northwestly winds and bringing Heavy snow showers across parts of Britain which is expected to last till Christmas.

According to the Met Office cold air is forecast to plunge Britain into a deep freeze for weeks after a dramatic change in the weather this weekend opens the floodgates to Arctic winds.

Temperatures will plummet across parts of Scotland and northern England bringing one of the most coldest and slowest Decembers for years.

Torrential rain and gales this weekend will signal the change in weather before Arctic air sweeps in across the UK.

The severity of the cold will depend on pressure activity over the Pacific which threatens a long-range knock-on effect in the UK, according to the Met Office.

Spokesman Oli Claydon said: “There is a lot of cold air to the north and northwest of the UK and there could be a situation where this comes further south over the UK next week.

“There are indications that we could see below-average temperatures during the middle part of the next week.

“It is going to turn colder, our weather is being influenced by synoptic patterns in the Pacific which is impacting low-pressure which in turn is affecting the weather over the UK.

Not everywhere will see snow but showers are expected to be widespread, especially in the Scotland, Northern england and midlands. 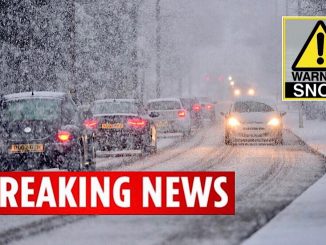 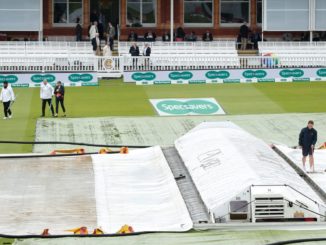