It may only be September but the weather in parts of the U.S doesn’t seem to realise.

A snowstorm being described as potentially historic is on its way to impact residents in parts of Montana, Idaho and Wyoming.

The National Weather Service said the storm could be ‘a historically significant early season snow event’ that brings record cold for September.

‘It looks like valley snow is becoming more likely. Accumulations will be minimal, but for so early in the season, it will be a major impact, along w/all the other impacts we’ll see. Suffice to say: this will be a historic storm,’ the NWS tweeted.

Up to 3 feet of snow and blizzard conditions are forecast for the plains along Montana’s Rocky Mountain Front.

To make matters worse similar areas are expected to see further periods of snowfall throughout the early part of next week in what is being described as a period of prolonged cold and wet/snowy weather. 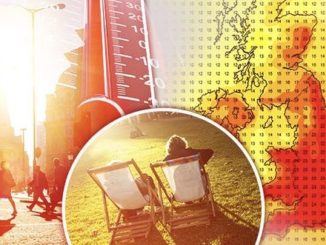 Temperatures To reach 26C As Summer Returns This Weekend

Election day Snowfall to cause chaos across Britain 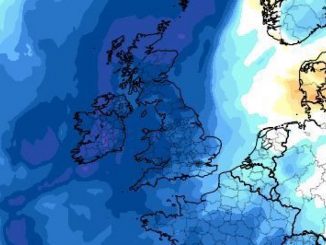