Hundred of flights have been cancelled as Britain’s biggest storm in seven years makes landfall with 80-90mph hurricane-force winds.

Storm Ciara is set to cause travel mayhem as it makes landfall overnight.

It is already causing chaos for Brits – with nearly 200 flights in and out of Europe, as well as dozens to and from UK airports, cancelled or delayed.

While flights are also disrupted in and out of Glasgow, Manchester and Liverpool airports.

It isn’t just planes being affected by Storm Ciara – the roads, ferries and trains are also going to be battered.

Network Rail has warned people not to travel- with disruptions continuing into Monday if repair work on the lines is effected.

Passengers travelling on Sunday and Monday morning are also urged to check for updates before they travel.

Yellow weather warnings have been issued for the North West, which will bear the brunt of the bad weather.

Wind and rain warnings for tomorrow were also extended this afternoon to cover all of the UK.

Forecasters said Ciara will be more powerful than any tempest since the Met Office began naming storms in 2015 – and the strongest storm for seven years, since 2013, which saw the St Jude’s Day storm and Christmas gale chaos.

Residents have been warned to expect flooding of homes and businesses and delays to bus and train services. 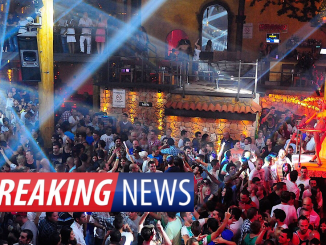 Ibiza & Majorca to close all bars, clubs and pubs due to Coronavirus

Australia has just had its hottest day on record 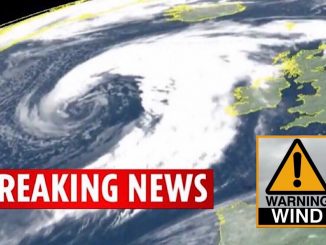