Hurricane Lorenzo is now taking aim at the UK & Ireland with the latter feeling its force from midday Thursday. The storm will bring strong and potentially damaging winds for the far West & North West parts of Ireland with some areas of Northern Ireland also in the firing line.

The storm will then move East away from Northern Ireland and later South East over England & Wales Thursday into Friday.

By this stage the strength of the winds will have reduced significantly however with many rivers close to flooding the rainfall could become the biggest issue with upto 50mm of rain falling. 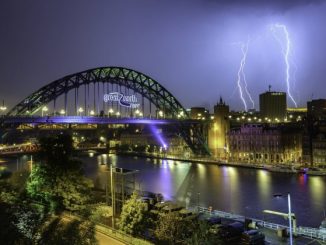