Controversial rugby star Israel Folau who has hit the headlines previously for saying ‘Hell awaits gay people’ has refused to take the knee.

Players from both Catalan Dragons & St Helens all made the gesture as Folau stood.

Catalans Dragons coach Steve McNamara has since defended his player’s actions at Headingley.

‘As a group of players and coaching staff, we spoke about it in depth and as a club we are completely against racism and all for equal opportunity,’ McNamara said.

‘But there were some players and staff who made the decision not to take the knee.

‘That was based on personal choice, they have their own reasons for doing that, and we decided we would respect anyone’s personal choice on the matter.’ 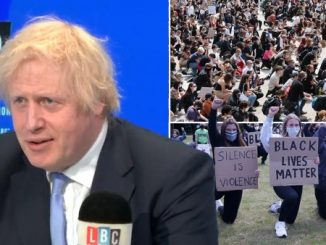 Boris Johnson would not ‘Take A Knee’ for Black Lives Matter 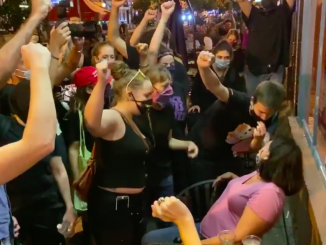 ‘Disgusting’ BLM protesters get in the face of diners who refuse to raise a fist!