James Corden has told his fellow cast members that there could be another series if there is the appetite for it.

After the huge success of the Christmas special which saw the biggest viewing figures for a decade that appetite seems to be quite large paving the way for another series.

Neil the Baby actor, Oscar Hartland, revealed that he had quizzed Corden on the possibility while on set. ‘I asked James Corden and he said it was about what the fans want,’ he explained. ‘He said he doesn’t want people to be like “Oh no, it’s Gavin & Stacey on again”.’

Oscar wants to reunite with his Gavin & Stacey family and admits that the cast have been discussing how they could make it a full blown return.

‘All the cast would talk about how good it was to be back and how we could start it off again and what could happen,’ he revealed, according to the Daily Star.

Maybe we will finally get to find out what happened on that fishing trip after all. 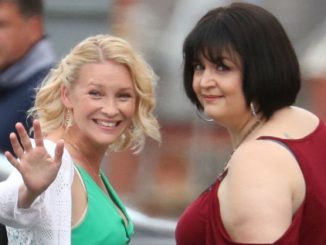 Gavin and Stacey could be back for more episodes