Jeremy Corbyn has admitted some of those on lower incomes could pay more tax under a future Labour government.

Hundreds of thousands of people on modest incomes could would pay more tax under Labour, Jeremy Corbyn was finally forced to admit last night that.

The Labour leader had previously insisted only the richest 5% of taxpayers, those earning about £80,000 a year or more, would face tax rises.

When Labour published its general election manifesto last week it said there would be no increases in VAT, income tax or national insurance for 95% of taxpayers – those earning less than £80,000

The Labour leader admitted he had no idea how much tax richer people pay, and he floundered under questioning over Labour’s plans for higher dividend taxes, which Mr Neil said could see someone on just £14,000 a year paying £400 more in tax.

The marriage tax allowance enables couples to transfer their personal income tax threshold between them, cutting the amount of tax they pay.

At the start of the interview, Mr Corbyn claimed that ‘only those earning over £80,000 per year will see a tax increase’ under Labour’s plans.

But when challenged about the scrapping of the marriage tax allowance, he replied: ‘The marriage allowance is £250 a year.’

Pressed twice on the fact that they will pay more tax, he said: ‘They’ll also get properly funded schools. They won’t get the advantage, it’s actually taking away £250.’

Mr Neil then asked him about Labour’s higher dividend taxes, which he said would hit people on modest incomes too.

He cited the example of someone on a state pension who has an annuity of £4,000, a small private pension and, because they have saved, a dividend income of £2,000.

Mr Corbyn replied: ‘They’ll be taxed on the basis of their total income. It’s a graded tax, so that is reasonable and fair to do.

‘The whole purpose behind our manifesto, which I have here, is to recognise that we have to do something about the underfunding of our public services and the poverty and inequality that austerity has brought to this country.’

Mr Neil then asked what share of income tax revenues were paid by the top 5 per cent of earners.

The Labour leader replied: ‘I couldn’t give you the exact figure, but they contribute quite a lot.’

When Mr Neil informed him they contribute 50 per cent of all income tax revenues, he replied: ‘But they are very high earners.’ 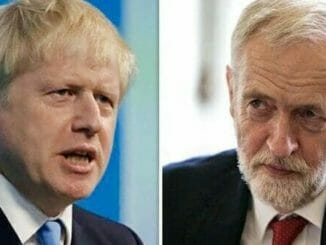 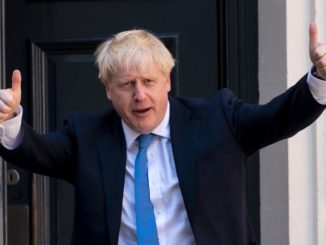