An aide to Matt Hancock was allegedly punched by a Labour activist as the Health Secretary visited a hospital at the centre of a storm about a sick child who was forced to lie on the floor while he waited for treatment.

Mr Hancock was sent to Leeds General Infirmary in a bid to defuse a row after a photograph of the four-year-old boy was widely publicised.

But he was apparently met at the hospital by Labour activists and there was an ugly scene with claims that one of his advisers was assaulted.

They said a protester hit one of Mr Hancock’s senior advisers – understood to be Jamie Njoku-Goodwin – in the face. The sources claimed Labour had been ‘whipping up’ activists to spoil Tory events, and there had been offers to pay for taxi fares to go and confront Mr Hancock.

Speaking on the election trail in the north of England today, the Prime Minister said sorry and pointed to the huge investment being pledged by the Tories.

And I apologise obviously to the families and all those who have terrible experiences in the NHS,’ he said.

‘But what we are doing is supporting the NHS, and on the whole I think patients in the NHS have a much, much better experience than this poor kid has had.

‘That’s why we’re making huge investments into the NHS, and we can only do it if we get Parliament going, if we unblock the current deadlock, and we move forward.’

Man in his 50s dies from coronavirus in the UK 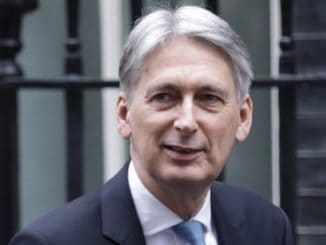