Here are the five wild claims Jeremy Corbyn made about Boris Johnson and the NHS, and how they were swiftly debunked.

Nowhere does it explicitly say the NHS is on the table in talks – instead it says the US is aware of the “sensitivities with the health sector in the UK” in talks.

In July this year, The Department for International Trade stated: “The NHS will never be privatised, and any future agreements will not change that.”

Reality: This is a scare story which has been peddled by Labour in the election campaign, but the reality is no trade deal could do this.

As Mark Dayan, a researcher from the health think-tank the Nuffield Trust has said: “A trade deal would not have the power to stop the NHS being a free, universal service.”

Reality: Jeremy Corbyn claims the document shows the US are pushing for American drugs to have longer patents – a form of copyright which prevent cheaper versions being produced.

He says this would send the price of life-saving drugs soaring. But his claims are one-sided and numbers are overblown. The Government has insisted the price of drugs is not on the table in a trade deal.

Mr Corbyn has taken the £500m figure from a report written by Andrew Hill at Liverpool University.

But Dr Hill has admitted it is a “crude estimate”, and independent experts at the Full Fact website have branded the number “extreme and unrealistic”.

The Labour leader quoted the document, which states the “impact of some patent issues raised on NHS access to generic drugs (ie cheaper drugs) will be a key consideration going forward.”

But No10 said this passage has been wildly misinterpreted, and only showed that officials were flagging up a potential issue.

Reality: The papers only show that the US probed Britain’s position on health insurance, but the UK officials made it clear they wouldn’t “want to discuss particular health entities”.

UK trade officials said they thought the US raised the issue as part of a “fishing expedition” and they do not “believe the US has a major offensive interest in this space”.

Boris Johnson has repeatedly insisted the NHS is not on the table in talks.

Reality: This is not true. Britain remains in the EU customs union and therefore cannot start official in depth trade talks until we Brexit.

Detailed trade talks can only begin after Britain has left the EU. 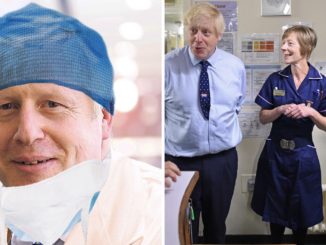 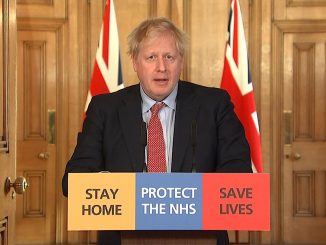