Police confirm a Knifeman wearing a ‘fake suicide vest’ has been shot dead by police in London. Several people have also been injured!

A Met Police spokesman said: “Police were called at 1.58pm to a stabbing at premises near to London Bridge. Emergency services attended, including officers from the Met and City of London Police.

Video from the bridge shows a group of up to 10 pedestrians tackling a person, with one pedestrian grabbing a large knife, before police tell them to get off the person and a shot is then heard.

Pictures from the scene showed one large kitchen knife lying next to the suspect’s body with a second blade removed by a hero passerby.

Guy Lawrence, 48, said he saw a man running out of a building, believed to be Fishmonger’s Hall, armed with two kitchen knives with 20cm blades.

He claimed one member of the public was seen running after the suspect, one armed with a 6ft stick and another with a fire extinguisher.

He told The Times: “I saw all traffic stopped in front of me. I heard shooting — there was an attack. And I saw a guy on the floor. I heard two shots: bang, bang.

“Police were running towards us and they told us to get out and run.”

Lord Mayor Sadiq Khan this afternoon paid tribute to the brave emergency services as well as the “breathtaking heroism” of members of the public who ran towards danger.

He said: “Terrorism is cowardly and evil. We must and we will stand united and resolute in the face of terror.

“Those who seek to attack and divide us will never succeed.”

Another woman Coralie said she saw a girl running from the scene after being stabbed in the arm.

She said she saw “two, three people stabbed” at Fishmongers’ Hall, saying: “One minor and the other two were proper bleeding.

“One of our colleagues is in the hospital with three stabs.” 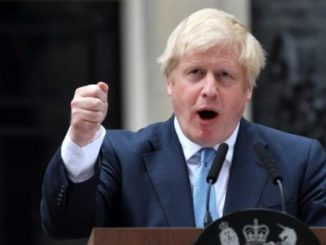 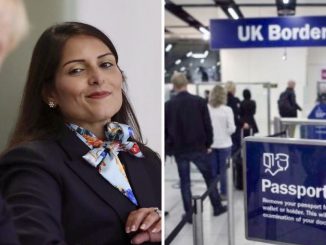