A major incident has been declared as firefighters continue to tackle a huge wildfire in Surrey, which has forced 120 people to leave their homes.

The fire which broke out on Friday afternoon and covered 150 acres of land, is still burning, according to Surrey Fire and Rescue.

Sixty properties in Berkshire were evacuated on Friday night due to smoke from the blaze, affecting about 120 people, the fire spokesman said.

They will not be allowed to return to their homes on Saturday as several smaller fires continue to burn. 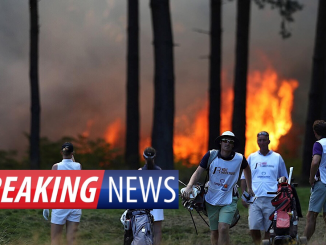 Huge wildfire breaks out in Surrey as temperatures soar!