A man has been arrested in the UK for failing to self-isolate during the coronavirus outbreak.

The 26-year-old could face a £10,000 fine or three months behind bars after being arrested on the Isle of Man last night although it is unclear if he was suffering symptoms.

The island passed emergency legislation that required new arrivals to quarantine themselves for 14 days, even if they aren’t showing coronavirus symptoms.

The new laws came into effect at 11.59pm on Tuesday.

The Isle of Man Constabulary said the man was in custody for “failing to adhere to the new legislation requiring him to self isolate.”

The man is now being held in a “specially cleaned” area at the Isle of Man Constabulary’s headquarters in Douglas “designated for those who should be self-isolating”. 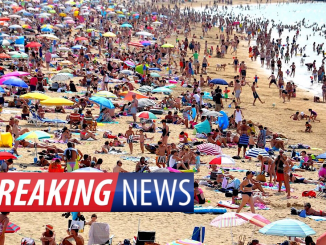 London Marathon to be postponed until October due to Coronavirus