A man in his twenties has died after trying to break up a fight outside a Wetherspoons pub.

The victim was pronounced dead at the scene after officers were called to The Clifton in Sedgley, West Midlands, shortly before midnight last night.

Police have now launched a murder probe and are urging anyone with information to come forward.

Det Insp Laura Harrison, of Force CID, said: “Our thoughts are with the family of this young man who has sadly lost his life.

“We are in the early stages of our investigations but we understand he may have tried to intervene in a fight when he was fatally injured.

“I believe the community of Sedgley will respond as we appeal for anyone we have not yet spoken with and who may have information about what happened last night to get in touch with us.”

Wetherspoons spokesman Eddie Gershon said:  “The pub’s CCTV shows a group of males by the taxi rank at the side of the pub attacking another male.

“The individual managed to get away and ran to the front of the pub where he was let in for his own safety.

“The group then started attacking another male. Once the group dispersed, door staff at the pub went to assist him on the floor putting him in the recovery position.

“We understand that this person died on his way to the hospital.

“No members of the group or the two men who were attacked had been in the pub.”

Wetherspoons introduce big ‘Stay out to help out’ discounts until November! 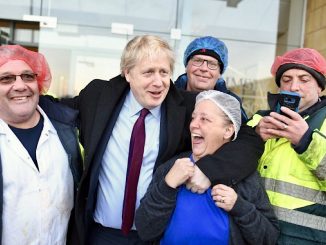