The ‘experts’ at The Daily Express weather HQ are today warning that due to unforeseen weather patterns, Known to many of us as ‘Seasons’.

We are faced with cooler weather conditions with the potential for stronger winds and an increase in rainfall during December, January and Incredibly February as well.

The Meteorologists who have just been awarded a degree in complete nonsense say we should be stockpiling food & water as getting to the shops could be near to impossible if Britain gets the expected arctic conditions.

When questioned about the past forecasts of impending Weather ‘CHAOS’ which went as far as to say we would get 100 days of snow and had just 15minutes the Chief General forecaster said “We cant be expected to be 100% accurate all of the time”,

“However new signals from the Global Nonsense System ‘GNS’ used by The Express, (Not to be confused with the far more accurate Global Forecasting System ‘GFS’ used by credible Weather Organisations) insist we have got to be right this year due to low solar output, an increase in fresh water into the North Atlantic and the fact the UK has drifted a cm further north since this time last year”.

Whatever the weather it looks like we are sure to be in for some interesting reading. 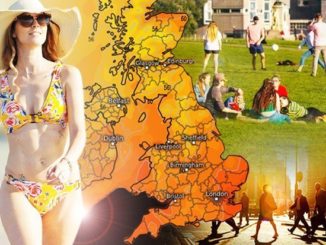 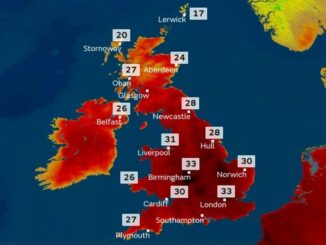 HEATWAVE expected to bring temperatures into the 30’s