Downing Street has launched an investigation into remainer MPs who have allegedly colluded with the French to draft the “Surrender Bill”, Know as the Benn Act.

Number 10 sparked the investigation after claims officials received intelligence that MP’s writing the Benn Act had been helped by foreign powers including France and the European Union.

The Benn act means that if the PM fails to get a deal he must ask for the UK’s departure to be delayed until January 31 by letter.

But if the rebels succeed in their plan, they will attempt to pass a new Bill that will give Speaker John Bercow the power to write the letter instead of the Prime Minister. The bill could force Prime Minister Boris Johnson to delay Brexit if a deal is not reached on October 31.

Former Cabinet Minister Oliver Letwin, former Chancellor Philip Hammond and ex-Attorney General Dominic Grieve are all suspected of being assisted by members of the European Commission, it was reported.

Another source added: “The Government is working on extensive investigations into Dominic Grieve, Oliver Letwin and Hilary Benn [who tabled the Bill] and their involvement with foreign powers and the funding of their activities.

“Governments have proper rules for drafting legislation, but nobody knows what organisations are pulling these strings.

“We will demand the disclosure of all details of their personal communications with other states. The drafting of primary legislation in collusion with foreign powers must be fully investigated.” 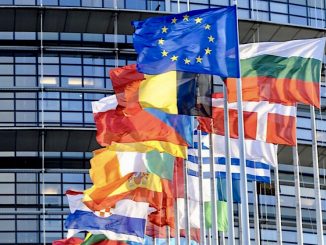