Two of PC Andrew Harper’s killers are appealing their manslaughter convictions. Albert Bowers and Jessie Cole, both 18, have lodged applications with the Court of Appeal seeking permission to challenge their convictions handed down on July 31.

Passengers Bowers and Cole were both jailed for 13 years, while driver, Henry Long, 19, received a 16-year sentence for the police officer’s death.

Their appeal was lodged on the same that that PC Harper’s wife Lissie urged the home secretary to introduce a mandatory sentence of life for people convicted of killing emergency service workers. Mrs Harper declined to comment on the appeal. 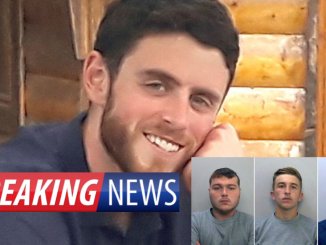 Teens who killed PC Andrew Harper could have their jail terms increased!