After the shock revelation that hes gay on his Instagram and then later on This Morning back on Friday the TV star has now shared more on announcement.

In an interview with The Sun on Sunday, he said: “I must have been gay when I wed but I was so happy I never considered it.

“I am not saying I didn’t know whatever was there. I thought ‘OK whatever this is, you stay back because I am happy’.”

The tormented presenter continued: “When we got married it was a joyous time and it wasn’t a consideration in my head.”

He admitted in the interview: “If you ask anyone who is gay they know, there is no confusion.”

He said: “I understand that people ask that question, It is one I would ask myself but Steph and I have agreed to keep our private life private. I hope people will understand.” 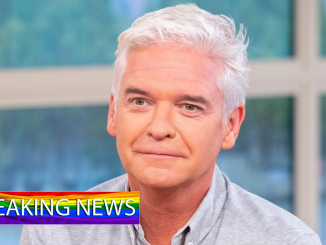 Phillip Schofield comes out as gay