Piers Morgan dismissed Nicola Sturgeon as a “100 percent loser” as the Scottish First Minister yet again demanded a new independence referendum for Scotland.

The ITV Good Morning Britain host pointed out Ms Sturgeon’s side lost in all the referendum’s she fought and she still demanded a second vote to be held both on independence and on Brexit.

Mr Morgan said: “Scotland had a referendum. We were told it was a once in a lifetime referendum. It had a result and you lost.

“You are a serial, 100 percent loser of referenda.”

Mr Morgan continued: “My point is, having lost every referendum that you’ve ever fought, why should anybody, if you had another referendum, vote in that referendum?

“Your belief is, it doesn’t matter what result comes back, we simply ignore them.”

The Scottish First Minister however demanded Scots be given the chance to vote again on independence as they first rejected to leave the UK on the grounds Scotland’s place in the European Union would be preserved.

Ms Sturgeon insisted the vote to Brexit represented a change of circumstances that should warrant a rerun of the 2014 vote.

She said: “This is like your greatest hits. You are as wrong on this characterisation as every other time you’ve interviewed me.

“Let me take you step by step through that. Scotland didn’t vote for independence in 2014 – in case you haven’t noticed, Scotland is not independent right now.”

“In that referendum, we were told we had to reject independence to protect our place in the European Union and now we’re being taken out against our will.

“People, in a democracy, when circumstances change, have every right to consider and reconsider their decisions.” 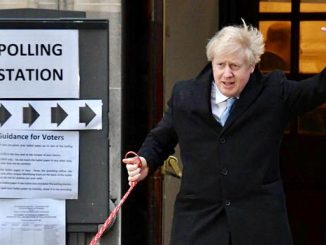