Piers Morgan has signed a new ITV contract to present Good Morning Britain and Life Stories in a deal he calls a ‘Christmas present for the nation.’

The broadcaster announced on his Twitter account that he will remain with the station for at least two more years after inking a new contract to keep him on the breakfast show with co-host Susanna Reid.

He jokingly added: ‘What could be a better Christmas present for the nation?’ 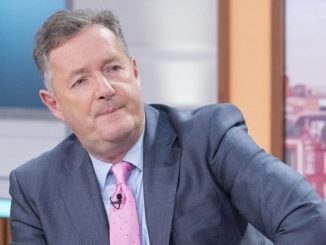