Police will be given power to arrest travellers and seize their caravans if they set up illegal campsites on private or public land.

Tough new laws will make it a criminal offence to occupy any land without permission with the intention of setting up home there.

But Home Secretary Priti Patel has drawn up proposals that would give police power to act instantly to remove the offenders and their property.

She said “”Unauthorised encampments can cause misery to those who live nearby, with reports of damage to property, noise, abuse and littering.

“The public want their communities protected and for the police to crack down on trespassers.

“Our proposals aim to ensure these encampments can be challenged and removed as quickly as possible.”

Meanwhile Labour has published a paper on land ownership which has been dubbed a ‘hard-left charter for trespassers’.

The report outlines how the party would reverse the criminalisation of trespass and squatting.

Therefore squatters would have the right to set up in homes and illegal campers could occupy private and public land.

Labour leader Jeremy Corbyn and shadow Chancellor John McDonnell have previously called for anti-squatting laws to be repealed in order to give activists the right to seize private property. 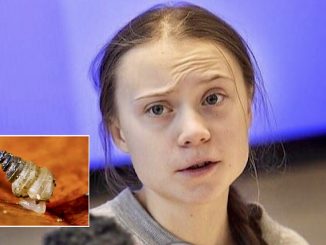