Priti Patel has vowed to end ‘end the free movement of people once and for all’ as she outlined a hardline immigration policy under Boris Johnson’s leadership.

The Home Secretary said the UK would introduce an Australian-style points based system as she hit the stage at the Conservative Party conference.

It came after she used the event in Manchester to warn criminals ‘we are coming after you’ amid multi-million pound plans designed to make the Tories the party of law and order again.

She unveiled a £10 million ring-fenced fund to equip up to 60 per cent of police officers with Tasers.

She also announced a £20 million investment to aid in identifying and dismantling county lines drugs gangs which exploit children and other vulnerable people.

In a blunt, no nonsense speech Ms Patel said: ‘As Home Secretary at this defining moment in our country’s history, I have a particular responsibility when it comes to taking back control.

‘It is to end the free movement of people once and for all.’

Instead we will introduce an Australian style points-based immigration system.

‘One that works in the best interests of Britain. One that attracts and welcomes the brightest and the best.

‘One that supports brilliant scientists, the finest academics and leading people in their fields. And one that is under the control of the British Government.’ 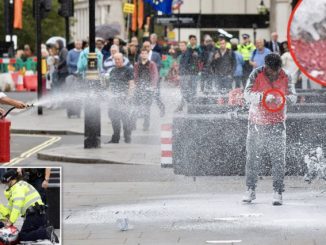 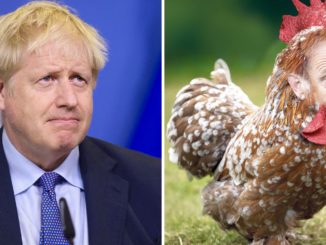