The Queen today thanked the brave witnesses who risked their own lives to tackle the terrorist who stabbed two people to death in a rampage near London Bridge yesterday.

The Knifeman is known as ‘Usman Khan’ who was 28 years old.

Brave footage showed how members of the public grabbed a 5ft narwhal horn and fire extinguisher to stop the rampaging terrorist.

In a statement, the Queen said: “Prince Philip and I have been saddened to hear of the terror attacks at London Bridge.

“We send our thoughts, prayers and deepest sympathies to all those who have lost loved ones and who have been affected by yesterday’s terrible violence.

“I express my enduring thanks to the police and emergency services, as well as the brave individuals who put their own lives at risk to selflessly help and protect others.”

One man, named only as Lukasz is thought to be a Polish chef who grabbed a 6ft whale tusk from the wall and gave the attacker “a beating.”

In the footage, another man sprays Khan with jets of foam and water from a fire extinguisher as he flails and slips on the bridge.

A third man wrestles the attacker to the floor – at the time none of the men were aware that the suicide vest Khan was strapped into was a hoax. 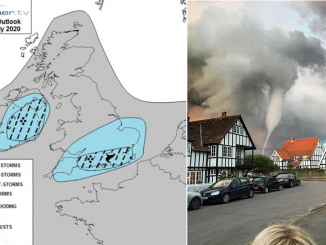 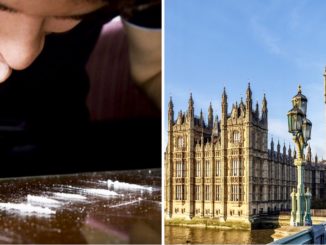 More Cocaine is Snorted in London than Barcelona, Amsterdam and Berlin Combined