The first significant rain for months will fall on fire-ravaged parts of Australia today as a low pressure system sweeps across the east.

Downpours have already helped to extinguish some bushfires in New South Wales as the number of blazes fell from 120 to 88 on Thursday morning.

Between Thursday and Sunday, the Bureau of Meteorology expects between 30 and 80mm of rain in the east of NSW.

The rainfall will be seen as a relief for exhausted firefighters who have battled deadly fires for more than three months.

Between 20mm and 40mm is also forecast in the ACT and the west of NSW where farmers have endured drought for three years.

Greater Sydney – including areas hit by bushfires – is forecast to get 3-8mm on Thursday, 8-20mm on Friday and 8-26mm on Saturday.

NSW Rural Fire Service Inspector Ben Shepherd said: ‘It’s the most positive forecast the RFS has had in months and will give crews a chance to regroup and work on containment lines.’

Rain has also hit Victoria. Melbourne was drenched last night as the suburb of St Albans saw a month’s worth of rain – 77mm – in just half an hour.

In the fire-ravaged areas in the east of the state there is an 80 per cent chance of showers today as a slow moving low pressure trough lingers. 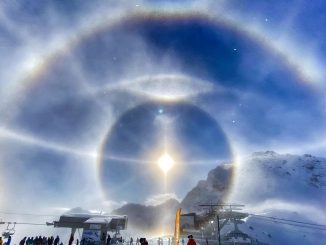 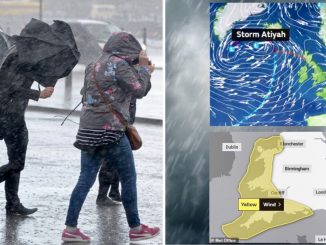