A Tornado has hit Surrey in southern England, as heavy downpours cause travel chaos in the lead up to Christmas.

Residents in Chertsey and Shepperton in Surrey have shared videos of a tornado passing through the area damaging property and downing trees, with the Met Office confirming it happened this morning at around 10.30am.

Fire crews have been called out to reports of a tornado ripping through homes and cars – and tearing down fences and trees.

The start of the weekend has seen the south of England battered by heavy rain and strong winds and the Met Office has received reports of a tornado in the town of Chertsey, Surrey.

Crews from Surrey Fire and Rescue Service have also been sent to reports of a tornado hurtling through Ottershaw.

More than 20 homes suffered damaged roofs and 10 cars were struck by falling tiles on one estate, where fences and trees were also brought down.

“In total 26 houses, 13 cars and four garages were damaged.”

Twenty-six firefighters and four fire engines were sent to the scene to help residents, with “serious damage” said to have been caused, and local councils are working with police to make the affected buildings safe.

“Residents stated that it was terrifying and came through very quickly.” 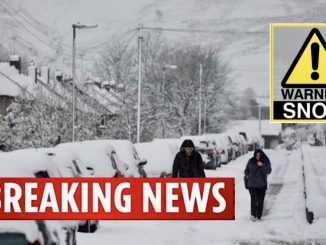 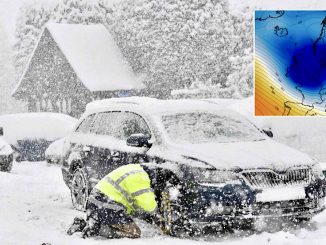 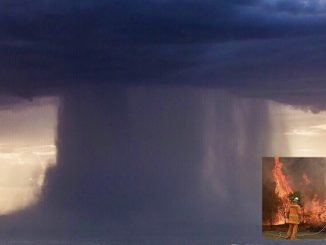