Britain is currently being battered by 90mph gale force winds which has sparked a tornado warnings as the country’s biggest storm in seven years hits.

Hundreds of flights have already been cancelled due to Storm Ciara as the Met Office issued danger to life Amber alerts overnight.

Forecasters have issued a tornado alert for parts of England with warnings that flying debris could lead to injuries.

Coastal communities have been told to prepare for high tides, heavy seas and potentially destructive wave.

Brits have been warned to batten down the hatches with heavy rain expected to lead to flooding in the North while hurricane-force winds are expected to sweep across much of the country.

Possible damage to buildings, fears of flying debris and the chance of power cuts. 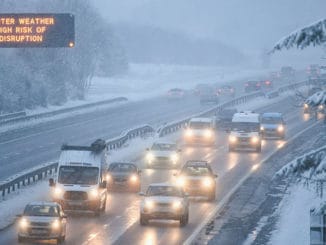 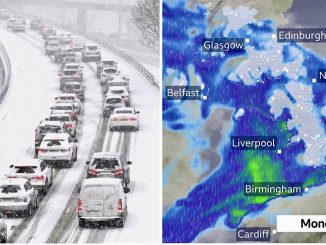 ‘Significant Snowfall’ to cause travel chaos on Monday Morning! 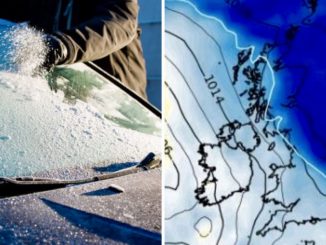