The Port of Dover will be able to cope “100 percent” with any disruption caused by a no deal Brexit, its executive officer has claimed.

Doug Bannister has dismissed fears of miles-long queues of lorries at the British border following Brexit, saying “each and every day the situation is improving”.

But the boss of one of the country’s busiest ports added Port of Dover remains “in a bit of a limbo” while uncertainty over Brexit continues in Westminster.

He said: “We are doing whatever we can to ensure that Britain continues to trade effectively in a post-Brexit scenario.

Mr Bannister praised the Government’s grasp of the issues facing post-Brexit trade at Dover, saying it was “encouraging”.

“Every day, every week, the situation is improving. Once the rules of the game are known business will adapt, and they will adapt very, very swiftly.”

He played down the likelihood of the “reasonable worst-case” scenarios set out in the Government’s Yellowhammer report on the impact of Brexit. He said”One thing I do know is for our operations here in the Port of Dover, we deal with uncertainty every day.

Asked whether a delay to Brexit would present a problem for trade at the busy port, he said: “The challenge that we would have with another delay of Brexit is again that we are prolonging the period of uncertainty. 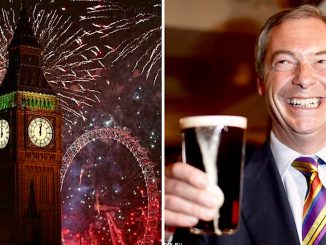