A woman was spotted jumping into flood waters to rescue two massive beer kegs which had been swept away at a surf club during a severe storm.

Australia’s east coast has been hit by heavy rains and thousands of residents had to evacuate their homes due to raising water levels.

Footage showed a heroic woman risking her life to save two beer kegs from being washed out to the sea.

She rushes into the thigh-deep waters and almost falls as the strong winds batter her from all directions.

But the brave women manages to rescue the kegs and drags it back to safety.

Military called in as the Death toll rises in Australian wildfires! 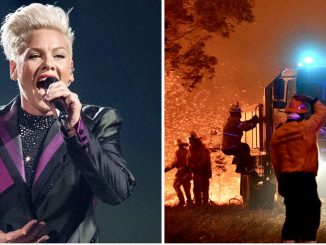